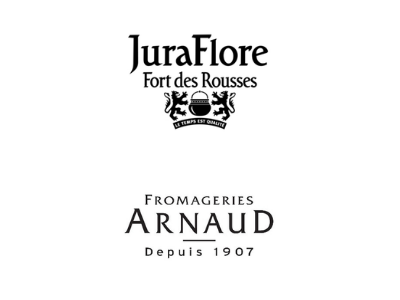 Family dairy since 1907, Fromageries Arnaud is specialized in the production and maturation of raw milk cheeses from the Jura massif, including AOP/ PDO Comté, Morbier, Mont d’or and Bleu de Gex Haut-Jura. The dairy’s reputation was built from the remakable quality of its extra-matured Comtés. Their ancestral know-how has now been passed down to the third generation, a legacy today carried by Mr. Jean Charles Arnaud. 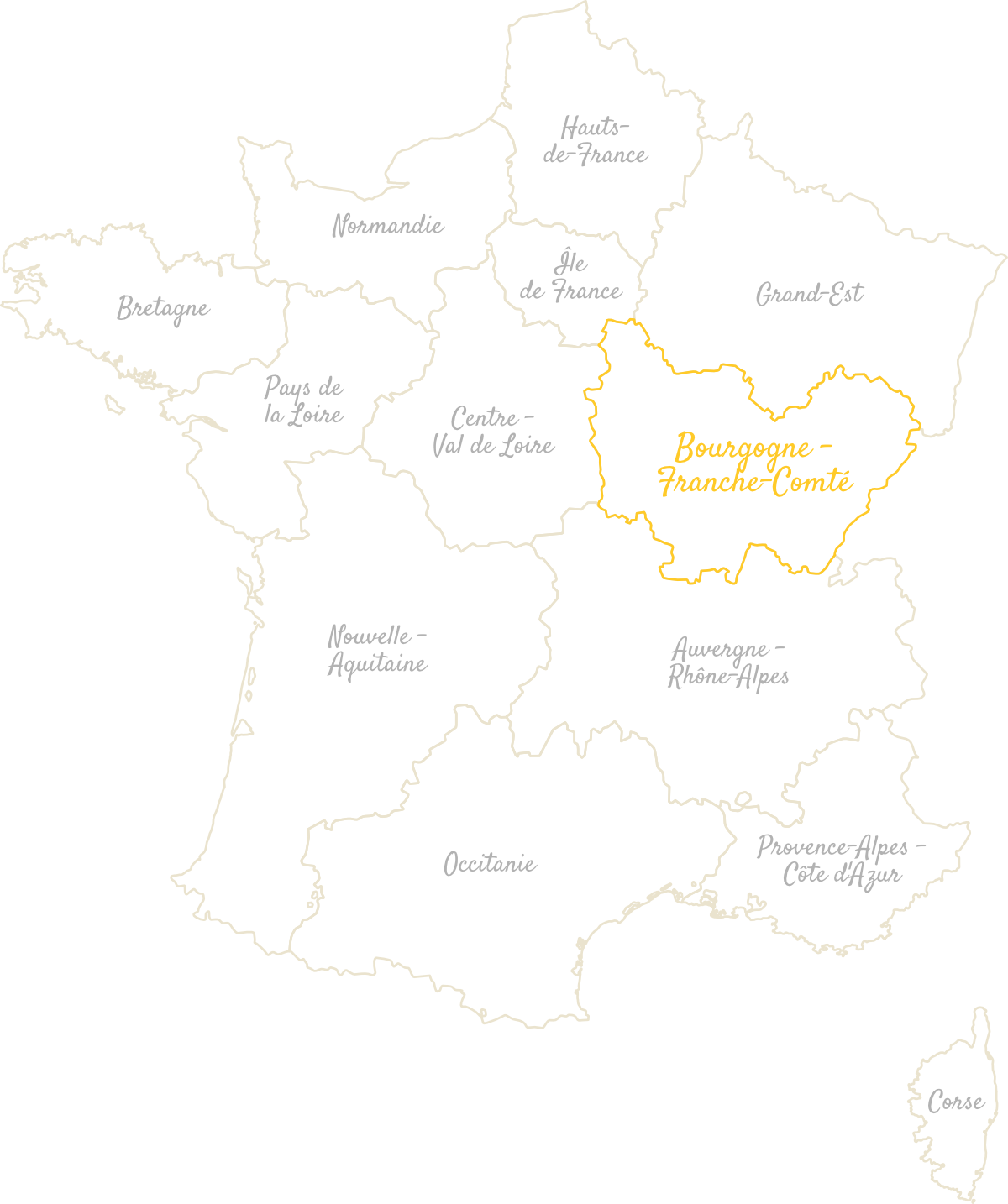 « Our duty is to bring cheese to its best level of quality in order to make it reveal all its flavors. Our medals are our well made job celebration. »

Fromageries Arnaud is the most awarded French company by the Paris Concours General Agricole since its creation. Its Comtés have received Gold for the 9th consecutive year in 2020, among 56 wheels in competition! Its AOP/ PDO Mont D’Or received once again a Silver medal. 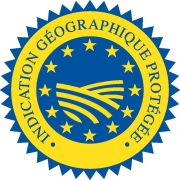 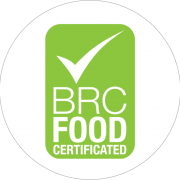 The dairy was founded in 1907 by Jules-Charles Arnaud, Jean-Charles Arnaud’s grandfather. For over 110 years, the dairy has been collecting and traditionally ripening white Comtés, currently produced in 30 dairy plants called « fruitiere ». Fromageries Arnaud have built its development and reputation by constantly seeking to improve the quality of its cheeses and by developing close relationships with its 400 milk farmers. It was the very first one to internationally introduce extra matured Comtés (over 10 months).

Located near Lons-le-Saunier, in Poligny (town known as the Comté capital), Fromageries Arnaud is the most awarded French company by the Paris Concours General Agricole since its creation. The prize list is such an extent that only Gold medals are allowed to be displayed in the meeting room.

At the heart of the Jura massif, at an altitude of 1,150 meters (3,700 feet), stands the Fort des Rousses, the second largest military fortress in France, built under the Second Empire. 70 years of work were necessary to build this giant building of more than 21 hectares (51 acres). Designed by Napoleon to host 3,500 soldiers and 2,000 horses, the Fort des Rousses was converted in 1997 into cheese cellars. With more than 50,000 m² (12 acres) of vaulted rooms, kilometers/ miles of underground galleries and an imposing central esplanade, the Fort is considered as a historical monument.

Its treasure: 140,000 Comté rounds, maturing for at least 12 months and up to 36 months, in perfect conditions. The thickness of the walls provides a stable inner climate while the wonderful stone arches give a natural “vault effect” that favor the natural, slow and permanent air movement.
All these exceptional characteristics give to Fromageries Arnaud Comtés their multiple flavors and unique signature.

Comté is a cooked pressed cheese made from raw Montbeliarde and Simmental cow’s milk. The AOP/ PDO zone overs mainly 3 departments of the Jura massif, between 200 (650 feet) and 1,500 meters (4,900 feet) above sea level : the Doubs, the Jura and the Ain. In order to respect animal welfare and improve milk quality, each cow benefits from at least 1 hectare (2.5 acres) of meadow. The Jura flora diversity within the pastures brings exceptional aromas to the cheeses.

Arnaud Comtés must be made every day without exception using fresh milk which is renneted no more than 24 hours after the last milking. They are characterized by a supple texture which develops typical lactic aromas with plant notes that the whole family will love.

All our JURAFLORE Fort des Rousses and Charles Arnaud AOP/ PDO Comté cheeses aged over 12 months benefit from the special maturing environment of the fortress, giving them a nice creamy texture and long-lasting, powerful and refined complexity in mouth. Patiently matured for at least a year, the Comtés wheels let explode all their aromatic potential transmitted by their mountainous terroir. Succumb to their powerful fruity and roasted blend : you can perceive roasted almonds, melted butter, spices and citrus fruits in mouth … A festival of aromas to be discovered through the wide range of affinage from 12 months to 3 years.

The art of maturing cheeses

It all starts in the pastures of the Haut Jura, where bountiful nature yields hundreds of varieties of flowers that find their way into cows’ milk. The milk is collected in Fruitieres where the cheese maker produces what we call “white” Comté cheese wheels. Then intervenes the maturation steps.

During the pre-maturing phase, the cheese is only salted on the surface and rubbed three times a week to develop the perfect rind, a real protective shell, rich in surface microflora.
Then, during the affinage, the master cheese maturer “listens” to the cheese. This is fundamental to the maturing process. He tests each Comté with his cheese borer to assess its texture, maturity and aging potential. This regular testing and observation are essential for transferring the cheese rounds to the appropriate maturing cellars and for obtaining the best flavors. Thus, Comté rounds are individually monitored and transferred to no fewer than four different cellars with specific air conditions to bring out the best flavors. Arnaud rounds are not offered for sale until they reach their optimum maturity!

The final stages of the maturing process take place in a slow maturing cellar and a storage cellar, when the wheels undergo most of their physical changes and living organisms inside and outside the cheese flourish the most. The number of milk propionibacteria increases 10,000 to 100,000 times.

In the 1930s, Fromageries Arnaud’s reputation reaches Paris. Mr Charles A. parks his truck in front of the famous Flore cafe on the Saint-Germain-des-Pres boulevard. In front of this popular place, of Sartre and Simone de Beauvoir celebrities, the cheese maker dreams of a big name for his Comté … JURAFLORE was born.
In French, the name JURAFLORE also means “Flora from Jura”!

The founder of Fromageries Arnaud was a war prisoner during the Second World War. The company completely disappeared between 1940 and 1949.

Comté can be listened to! With his cheese probe, the master ripener listens to each wheel to assess its level of maturity and its aging potential. He observes the texture of the paste. Listening and regular observations are key to attribute the most suitable maturing cellars to each wheel and obtain the best of their flavors.

Saint Uguzon, guardian of Fromageries Arnaud, was a shepherd from Lombardy (Italy). He is known for having freely distributed cheeses and sheeps to the poorest. His mentor, furious, killed him. Martyr of Val Cavargna, he is still celebrated in Italy every 12th of July and is considered as the cheese makers’s patron saint.